About Us. Introducing Calibrae

Calibrae Learning was formed in 2011 by two tech instructors, Dave and Nath, with an initial purpose of delivering an e-learning experience for learners to learn-by-doing... much as they would in their live classes. Not being able to find a suitable online tool, they ended up building their own, and have been using it since to deliver technical training to some of the worlds biggest telecoms carriers, including AT&T and Avaya.

It wasn't long before a chance conversation shifted their emphasis from delivering online tech training to providing a learn-by-doing tool for others to create and deliver their own hands-on training. "I love the learn-by-doing approach you've taken for the telecoms world. Could it be used for data quality management in the banking world?"  A few software tweaks later, Calibrae had its first platform customer.

​Similar conversations resulted in further customers in the nursing sector, the translation sector and the hospitality sector. It wasn't long before the growing Calibrae team realised the potential of their learning platform in its own right, resulting in the formal launch of calibrae.com in January 2018.

From modest beginnings, the platform now has around 5 thousand customer accounts and has served over 3.9 million learning experiences across 124 countries, over a host of different sectors. It also has a suite of learning management and CPD tools tailored to the needs of our corporate customers.

Calibrae are based in the United Kingdom 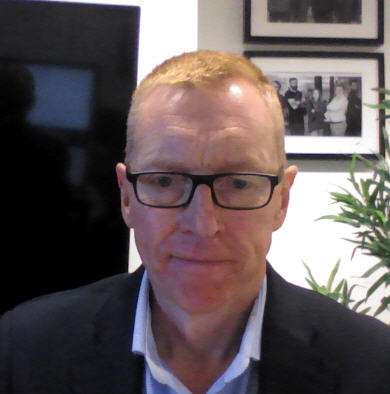 is Calibrae's CEO and an expert in education, remote training & virtual learning environments.
view All Posts

What is a Learning Management System and how do I choose the right LMS?

Coronavirus. How do I provide online training?

Thank you! Your submission has been received!
Oops! Something went wrong while submitting the form.

Get New Posts to Your Inbox

Thank you! Your submission has been received!
Oops! Something went wrong while submitting the form.

Find out about why today's organisations are investing in upskilling their workforce, and the benefits it brings to both the individual and the company.

What is a Learning Management System and how do I choose the right LMS?

Learning Management Systems are used by over 80% of organisations to train their people. Click to learn more about LMSs - typical features and key differences

What factors should you consider when architecting your next course? Which is better - instructor-led or self-paced? What is blended learning?

OFSTED loves how we use Calibrae

Why were OFSTED so pleased with how Wherwell School delivered their remote virtual learning experience? Click to find out

Coronavirus. How do I provide online training?

If you are affected by Covid 19 and need to provide online training quickly, click here to learn how with the Calibrae Learning Management System.